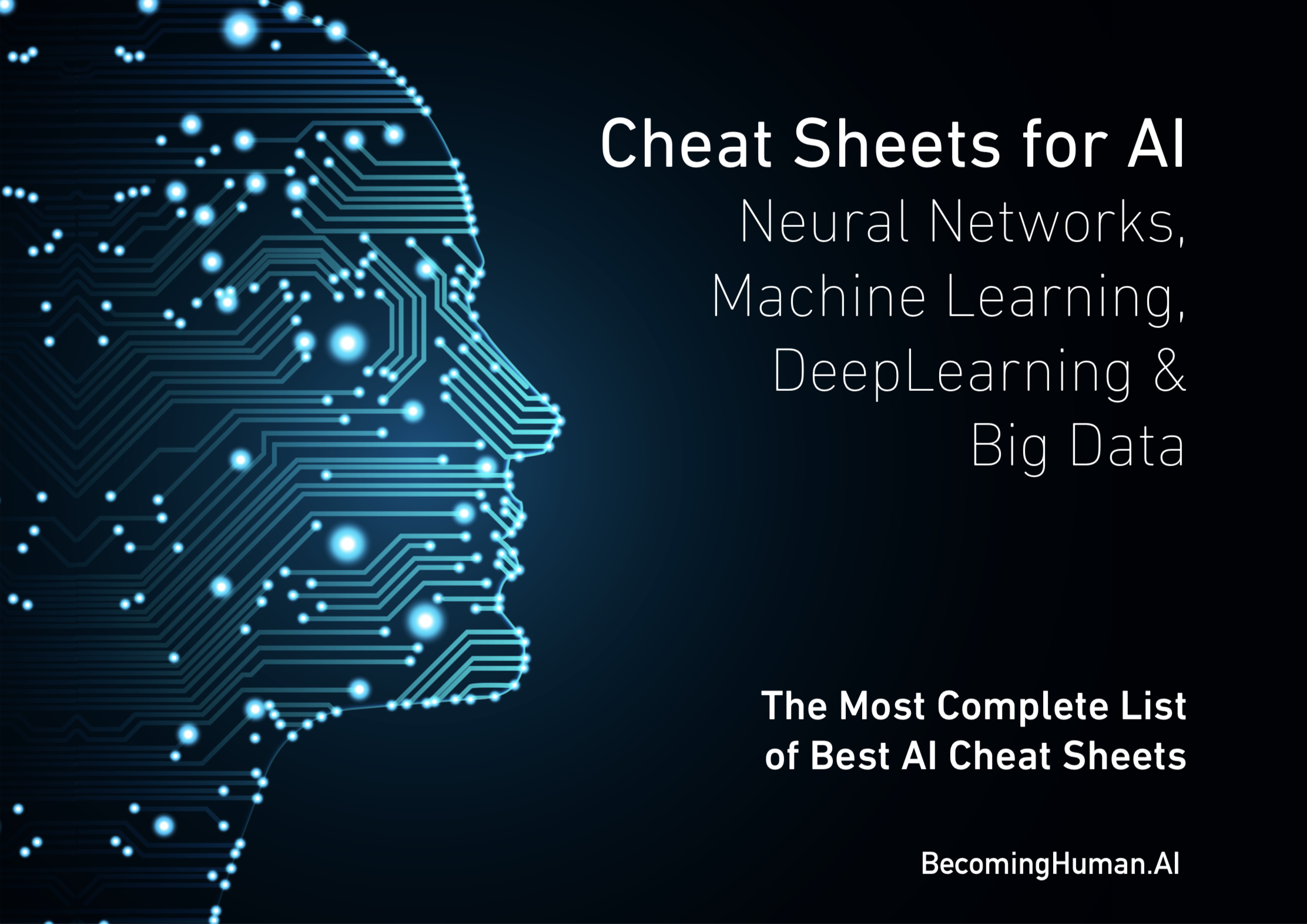 Last year, I shared my list of cheat sheets that I have been collecting and the response was enormous. Nearly a million people read the article, tens of thousands shared it, and this list of AI Cheat Sheets quickly become one of the most popular online!

However there was a couple of problems…

Many you stated that some of the cheat sheets were hard to read, that the files sizes weren’t large enough and that there was no downloadable option.

Over the past few months, we totally redesigned the cheat sheets so they are in high definition and downloadable. The goal was to make them easy to read and beautiful so you will want to look at them, print them and share them.

An Artificial Neuron Network (ANN), popularly known as Neural Network is a computational model based on the structure and functions of biological neural networks. It is like an artificial human nervous system for receiving, processing, and transmitting information in terms of Computer Science.

Basically, there are 3 different layers in a neural network :

Graph data can be used with a lot of learning tasks contain a lot rich relation data among elements. For example, modeling physics system, predicting protein interface, and classifying diseases require that a model learns from graph inputs. Graph reasoning models can also be used for learning from non-structural data like texts and images and reasoning on extracted structures.

This machine learning cheat sheet will help you find the right estimator for the job which is the most difficult part. The flowchart will help you check the documentation and rough guide of each estimator that will help you to know more about the problems and how to solve it.

>>If you like these cheat sheets, you can let me know here.

TensorFlow is a free and open-source software library for dataflow and differentiable programming across a range of tasks. It is a symbolic math library, and is also used for machine learning applications such as neural networks.

Python is one of the most popular data science tool due to its low and gradual learning curve and the fact that it is a fully fledged programming language.

“At a high level, every Spark application consists of a driver program that runs the user’s main function and executes various parallel operations on a cluster. The main abstraction Spark provides is a resilient distributed dataset (RDD), which is a collection of elements partitioned across the nodes of the cluster that can be operated on in parallel. RDDs are created by starting with a file in the Hadoop file system (or any other Hadoop-supported file system), or an existing Scala collection in the driver program, and transforming it. Users may also ask Spark to persist an RDD in memory, allowing it to be reused efficiently across parallel operations. Finally, RDDs automatically recover from node failures.” via Spark.Aparche.Org

NumPy is a library for the Python programming language, adding support for large, multi-dimensional arrays and matrices, along with a large collection of high-level mathematical functions to operate on these arrays.

“Bokeh is an interactive visualization library that targets modern web browsers for presentation. Its goal is to provide elegant, concise construction of versatile graphics, and to extend this capability with high-performance interactivity over very large or streaming datasets. Bokeh can help anyone who would like to quickly and easily create interactive plots, dashboards, and data applications.” from Bokeh.Pydata.com

Keras is an open-source neural-network library written in Python. It is capable of running on top of TensorFlow, Microsoft Cognitive Toolkit, Theano, or PlaidML. Designed to enable fast experimentation with deep neural networks, it focuses on being user-friendly, modular, and extensible.

Pandas is a software library written for the Python programming language for data manipulation and analysis. In particular, it offers data structures and operations for manipulating numerical tables and time series. It is free software released under the three-clause BSD license.

> If you like these cheat sheets, you can let me know here.

The term “data wrangler” is starting to infiltrate pop culture. In the 2017 movie Kong: Skull Island, one of the characters, played by actor Marc Evan Jackson is introduced as “Steve Woodward, our data wrangler”.

“Why Use tidyr & dplyr

SciPy builds on the NumPy array object and is part of the NumPy stack which includes tools like Matplotlib, pandas and SymPy, and an expanding set of scientific computing libraries. This NumPy stack has similar users to other applications such as MATLAB, GNU Octave, and Scilab. The NumPy stack is also sometimes referred to as the SciPy stack.[3]

Matplotlib is a plotting library for the Python programming language and its numerical mathematics extension NumPy. It provides an object-oriented APIfor embedding plots into applications using general-purpose GUI toolkits like Tkinter, wxPython, Qt, or GTK+. There is also a procedural “pylab” interface based on a state machine (like OpenGL), designed to closely resemble that of MATLAB, though its use is discouraged. SciPy makes use of matplotlib.

Pyplot is a matplotlib module which provides a MATLAB-like interface matplotlib is designed to be as usable as MATLAB, with the ability to use Python, with the advantage that it is free.

Stefan is the founder of BecomingHuman.Ai and Chatbot’s Life, two of the most popular publications on Bots & AI with over 6 million views annually. Chatbot’s Life has become the premium place to learn about Bots & AI online. Chatbot’s Life has also consulted many of the top Bot companies like Swelly, Instavest, OutBrain, NearGroup and a number of Enterprises. 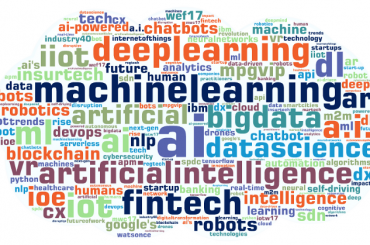 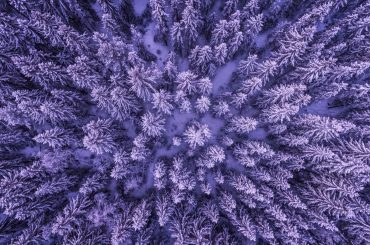 How Machines Make Sense of Big Data: an Introduction to Clustering Algorithms 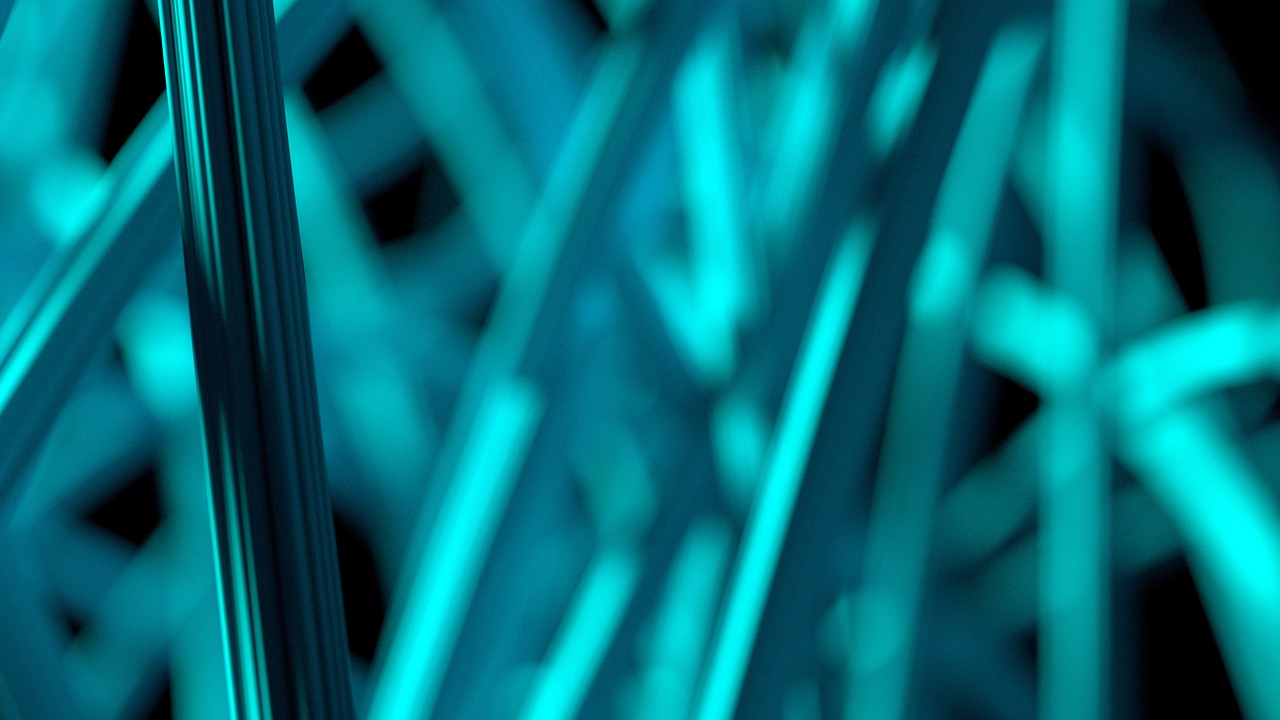 What are the biggest challenges with doing big data analytics?